Salihli is a city with a long history. The fossile footprints discovered near the villages of Sindel and Çarıklar, estimated to be between 10000 and 26000 years old, are the first traces of prehistory in the region. However, the region came to foremost importance with the establishment of the city of Sardes, which is located 7 km (4 mi) west of Salihli center and where the most remarkable historical artifacts and remains of the region are found.

Sardes was the capital city of Lydia until 547 B.C., at which date it was captured by the Persian Empire and governed by satraps until 334 B.C.. After the Persians, the region was governed successively by the Macedonian Empire, the Kingdom of the Attalids, Roman Empire and Byzantine Empire. In the beginning of the 14th century, Turks under the Beylik of Saruhan captured the city and the region and ruled it for a century from their base in nearby Manisa. In 1400 the region passed over to the Ottoman Empire under which Manisa preserved its position as a primary regional center. In the beginning of the Ottoman rule, Salihli was a village of the kaza of Sart, depending the province seat of Aydın, situated more to the south, and was called Evlâd-i Salih (meaning “the children of Salih” in English). In the 19th century, with the construction of İzmir-Uşak-Afyon railway, Salihli demonstrated a much more rapid pace of progress compared to Sart and gained township status in 1872, when it became a kaza of the sancak of Saruhan (Manisa). The city was occupied by the Greek forces between 24 July 1920 and 5 September 1922. After the war, Salihli became one of the biggest and the most important districts of Manisa.

It is not always easy to make estimates on Salihli’s population before the establishment of the Republic of Turkey due to the lack of adequate sources. However, a population of 500 people was confirmed for Sart during the 1831 census. The city grew quite fast after the construction of the railway until the Turkish War of Independence. In the yearbook of 1891, 3000 people and in the yearbook of 1908, 4400 people were documented to be living in Salihli.

In the first Republican census of 1927, 7191 people were recorded. The city had suffered a heavy toll during the Greco-Turkish War (1919-1922), especially during the rapid retreat of the Greek army in its final days, with up to 65 per cent of the center town recorded as having been destroyed. The departure of the town’s minority populations also caused the population to decrease.

Salihli has always been an attractive destination for immigrants. In the Ottoman era, the region was a favorite stopover for nomad clans (aşiret). Today, it is still possible to trace the names of some of the region’s villages to the original aşiret names such as Karayahşi, Araplı, Burhan, Beylikli, Çökelek, Eldelek, Dombaylı, Durasıllı, Sindel etc. Moreover, some aşiret names refer to unsettled localities, such as Sığıralcısı, Bayındırlı, Karatekeli, Kuşdoğanlı, Kacar, Taras, Karakeçili. After the 1890s until the 1950s, Salihli also attracted many immigrants moving into Turkey from the Balkans, from Yugoslavia and Bulgaria particularly. Many refugees fleeing the disturbances in Eastern Turkistan also chose to live in Salihli.

This part of the population, mainly Kazakhs and known as Türkistanlılar in the city came to Salihli between 1954 and 1955 in the following years. After the 1970s, some immigration from Eastern Anatolia also came to strengthen the ranks of the previous immigrants. Counter movements in the population were towards Turkey’s big cities and to Europe, especially to Germany and France). 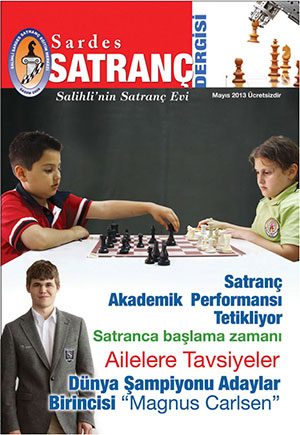 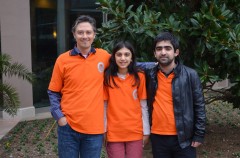